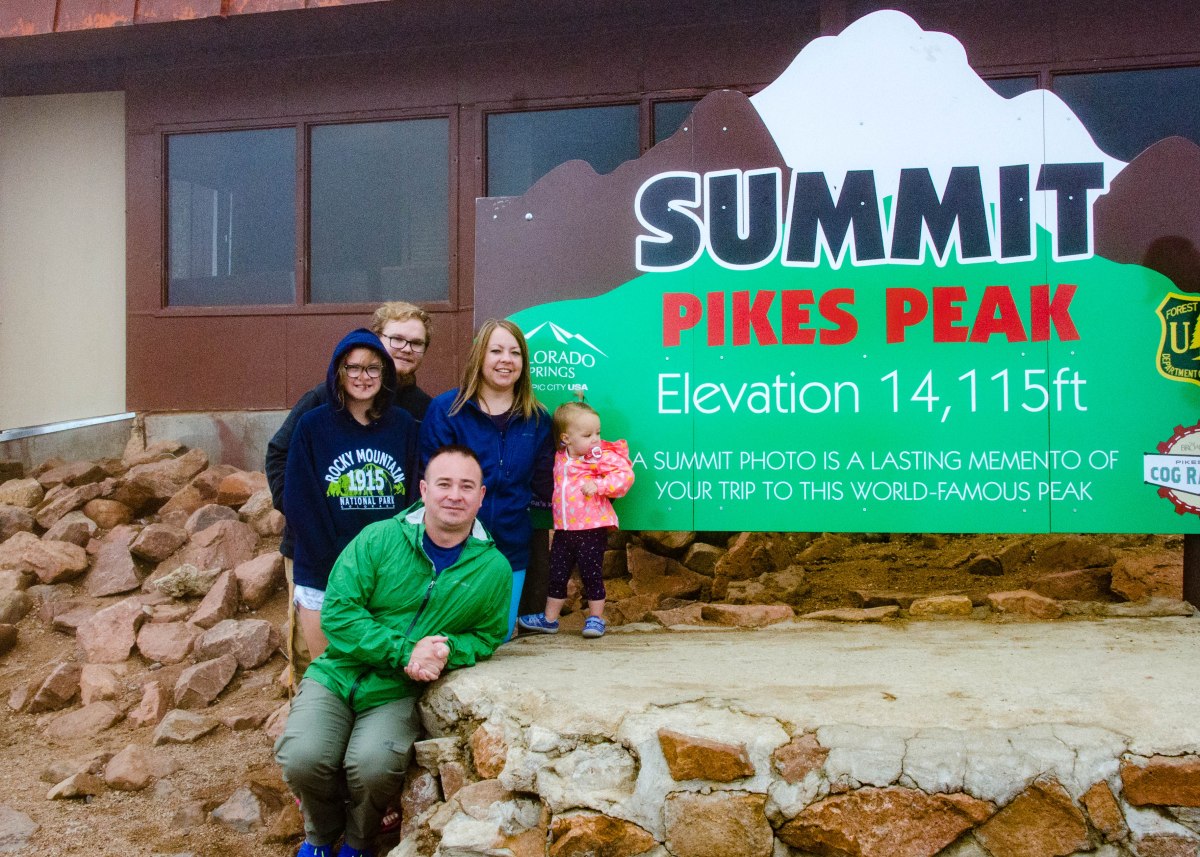 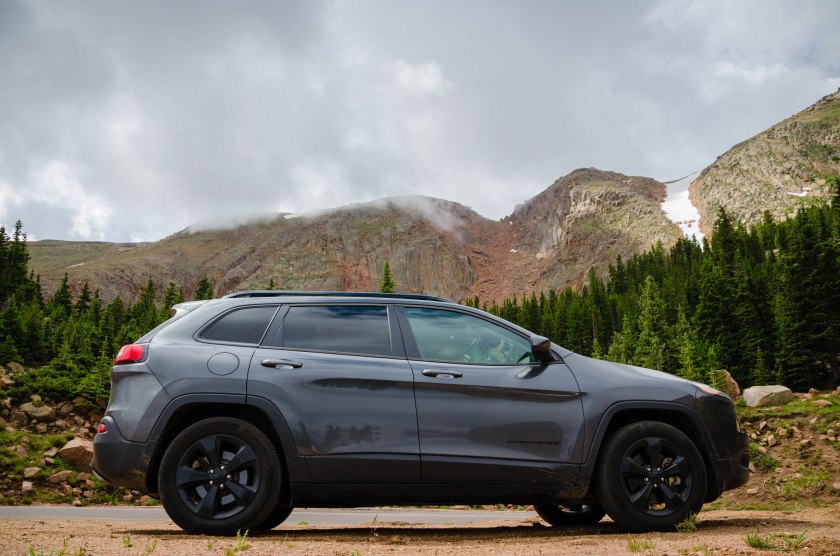 The Colorado Adventure: Day 7 (The End)

(Cheryl was very happy for her new Jeep, so she had to have a couple gratuitous Jeep shots 😉 .)

Thanks to shifting around the schedule we were able to free up an entire day. Once we got to the hotel we snagged a bunch of tourist pamphlets to see what there was to do around town. There were a lot of attractions around town, but eventually we came to the conclusion that we were just trying to find a way to spend more money. After a week of being on the road, we were ready to head home. We had two attractions left on this adventure that we still needed to complete. So we prepared ourselves to get some sleep, hit our two stops in the morning, and be on the road by the afternoon.

If you’re new to this string, keep reading. If you’ve read about our adventure before, skip to the next picture. 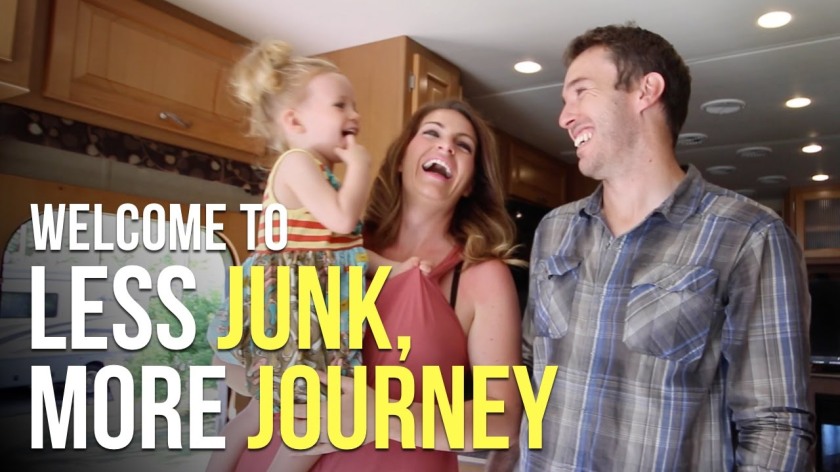 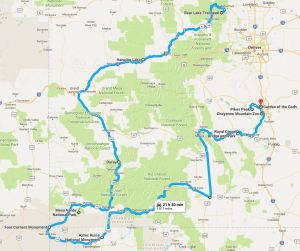 I must give credit where it is due. While the majority of the trip were places we knew about, the specific itinerary ideas were thanks to a YouTube channel called Less Junk, More Journey. The channel is a regular vlog about a family traveling around the country full-time in their RV. I used locations from their videos that really interested Cheryl and I, and formed a route that covered most of the state of Colorado. The route’s intention was to give us a taste of what every area had to offer so that we would know what we wanted more of. We consulted the kids to get their input and set our plans in motion.

Stop number 9: the other Pikes Peak. You know, the one that stole our Pikes Peak’s thunder… Pikes Peak has its own road that takes you all of the way to the summit. The “toll” to start the climb is not the cheapest fee out there, so be prepared for that. To be honest, by the time we were half way up, the fee was already gone from my mind. Pikes Peak is the tallest mountain on the front range at 14,115 ft., and best of all you get to drive to the top! You can also take a train from Manitou Springs, or hike to the summit if you wish. Cheryl and I have already agreed that next time we are going to hike it, starting with the Manitou Incline! A straight up challenge where you gain 2,000 ft of elevation in 1 mile, then you have to hike another 12,000 ft to the summit! (Not really, since you already start well above sea level, but it sounds good. Really it’s only another 3,500 ft or so.) 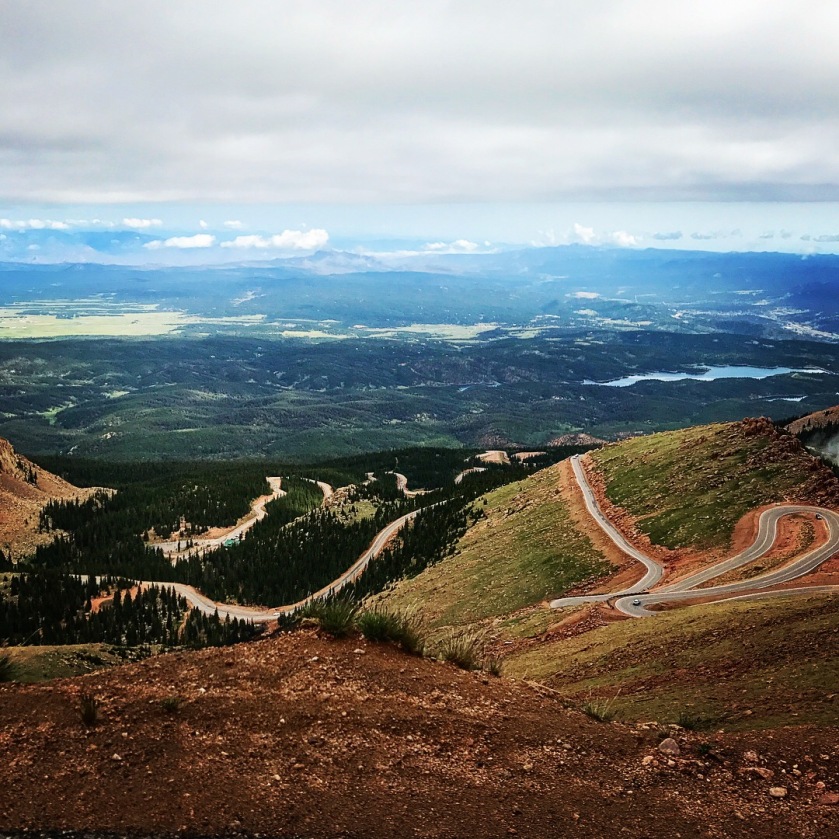 The road was full of switch backs as you travel higher into the clouds. Along the way they have several little shops and plenty of overlook spots. They do recommend taking your time to try to ease into the elevation gain, and many of these stops were designed to help facilitate that. Also, make sure to be drinking plenty of water, even if you aren’t feeling thirsty. However, we (well I) decided that we should power up to the summit and use the stops on the way down as a way to help keep the brakes cool. There was a solid understanding that if anyone was feeling the effects of the altitude that they needed to say something. We had already had that happen during our Rocky Mountain National Park visit, so I wasn’t worried that someone wouldn’t speak up.

For the most part everyone was fine on the way up. There is a stop about halfway up where they check your brakes on the way down. We did take a little stop there to use the restroom and stretch our legs since it does take a while to get to the summit. Here is where we first started to notice the thinner air and that the clouds were hanging pretty low. Our fingers were crossed that by the time we made the summit they might dissipate, unfortunately that wasn’t going to happen. 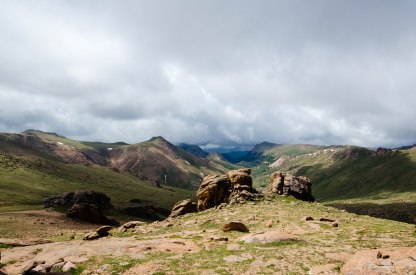 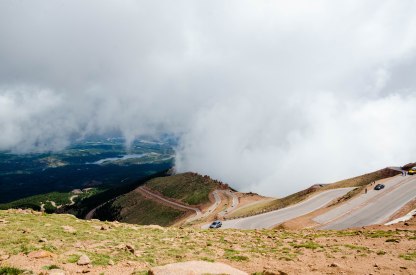 It was interesting driving in the clouds. It was like driving in a super dense fog, that was relatively dry. It was chilly up on the summit for certain, and the view, well there wasn’t one that day. However, I was on top of a mountain, and that was all that mattered. 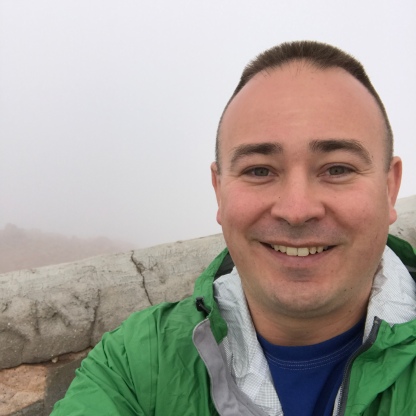 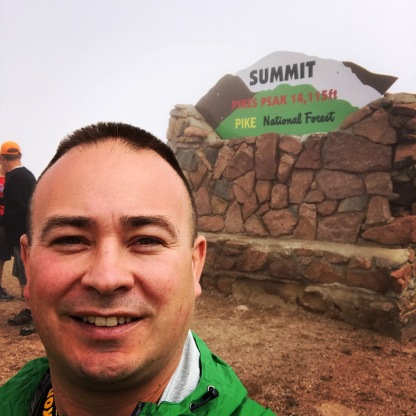 After being at the summit for a little while, the altitude finally started to get to me. There is a gift shop and eatery on the summit, so I went inside. The train was currently on the summit, so the shop was packed! It cleared out quickly once the train announced it was leaving though. The kids wanted to have a couple of novelty doughnuts before we started back down, and I’m pretty sure the littlest one got more than the big kids did. 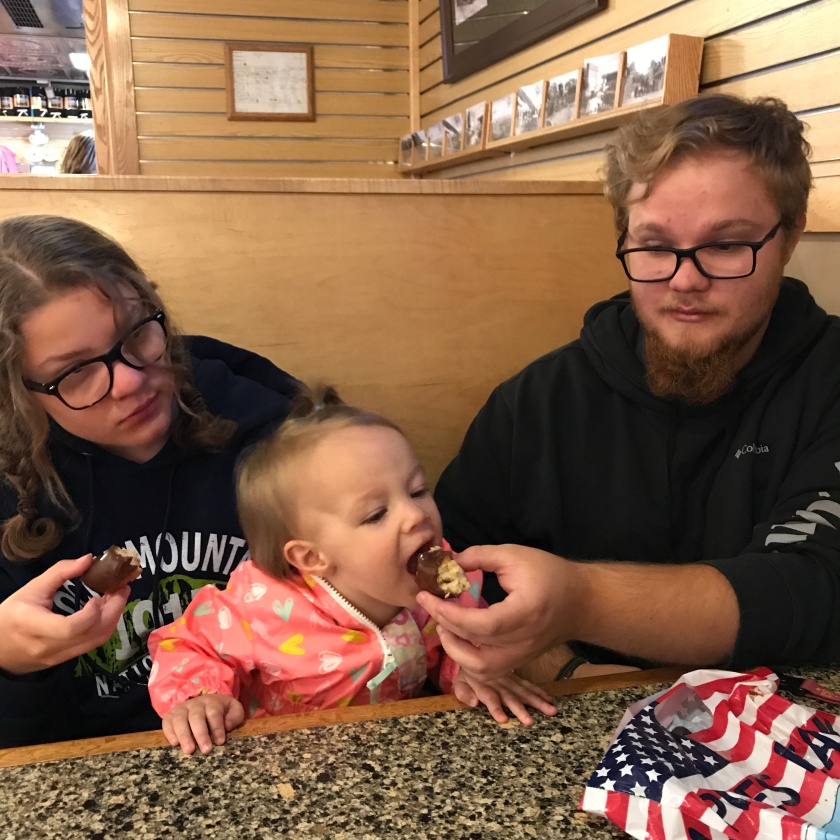 The trip down went quicker than I thought it would. I ran the Jeep in manual and used the brakes as sparingly as I could. They didn’t have the brake station active since the temps were still chilly, but we still stopped at a couple of places to make sure they stayed cool, as well as to get some pictures and use the bathrooms. The sun eventually came up and started to burn off the lower cloud cover, allowing for some scenic views, but the peak remained covered. 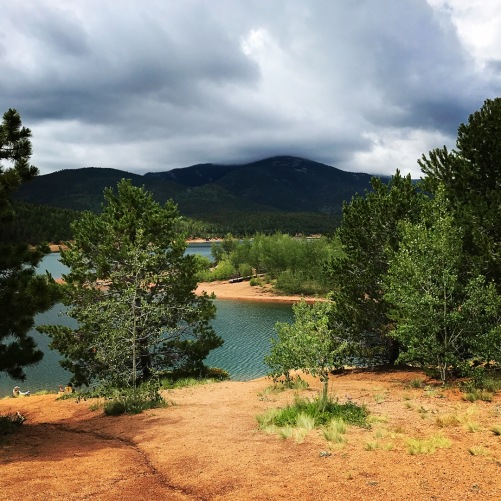 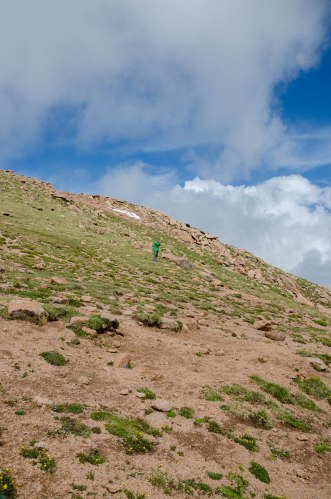 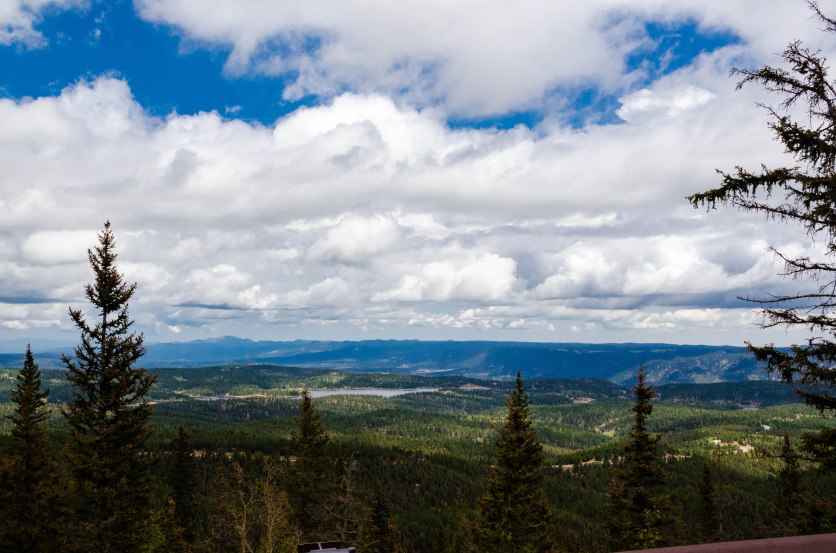 While we didn’t get the epic peak view we were looking for, we know that next time we will be in the area for several days and can watch the weather to hopefully catch a better day to make the summit. They do have live stream cameras on the peak so a person could wait and keep checking in until the peak looks clear.

Please head on over to YouTube and check out the accent video!

We were feeling hungry by the time we made it off the mountain. Since our 10th and final stop, Garden of the Gods, was only a few minutes away and had a cafe, we headed straight there. 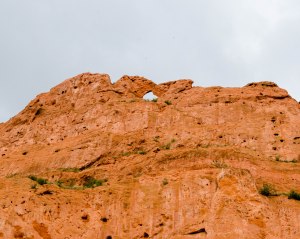 Garden of the Gods is a grouping of red rock that sits basically on the border of Colorado Springs and Manitou Springs. Many of the outcroppings have earned nicknames from their shapes, like Kissing Camels. There are several parts to the park, but in the center is the main section with a paved walkway. It’s a good-sized loop, that has most of the more scenic rocks. The rest of the trails in the park have gravel walkways. 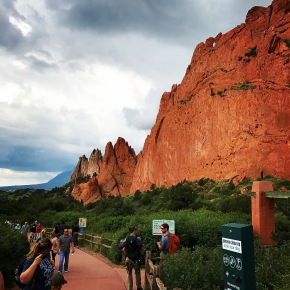 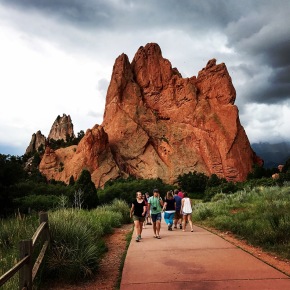 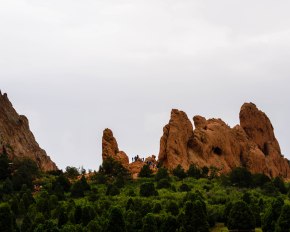 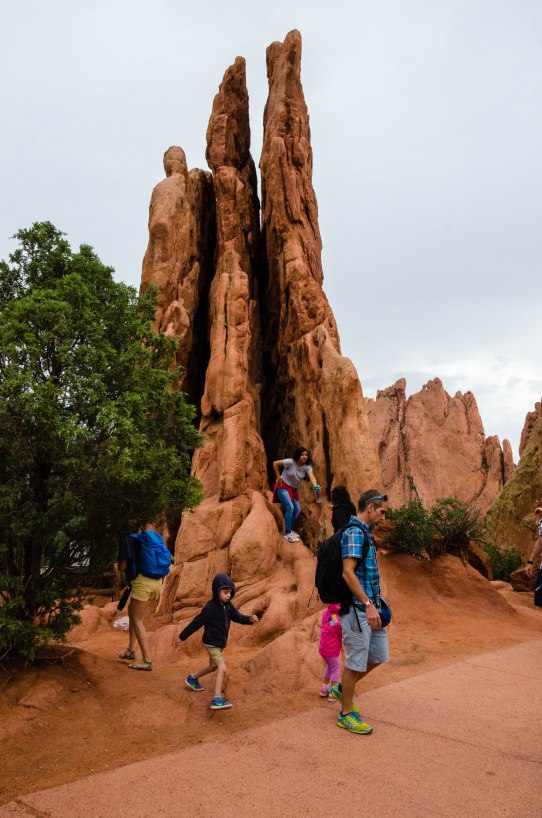 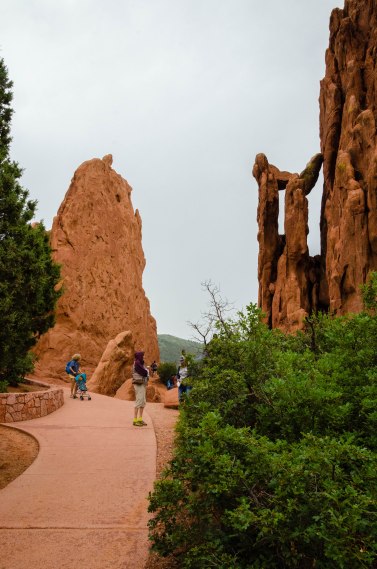 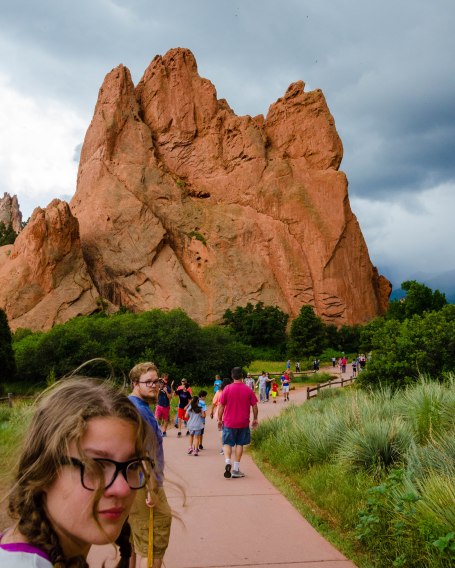 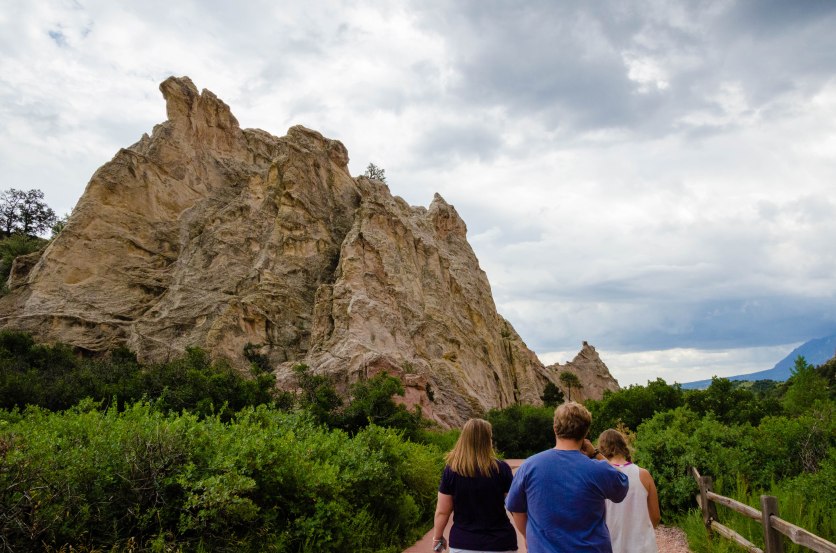 After we got a bite to eat, we headed out to take a look around. I was super surprised to find parking a real challenge. Everywhere we looked the small little lots were full. Eventually we were able to find a place to park and get out for a walk in the rocks. It was actually challenging to try to get photographs without other visitors in them. Rock climbing is active in the park, so many tourists take this as fair play to just scramble around and hang out on the smaller ones. We did see a good number of legit climbers scattered throughout the larger climbs though. 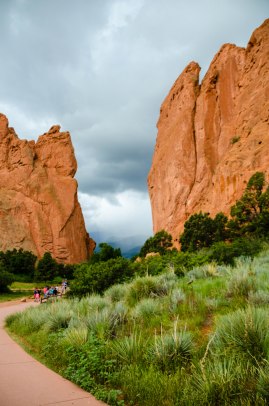 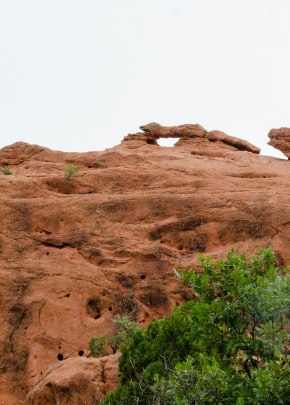 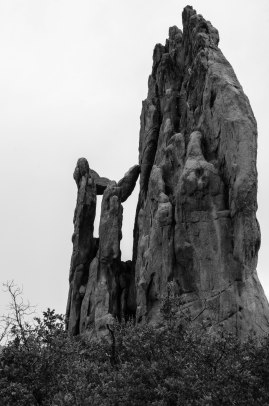 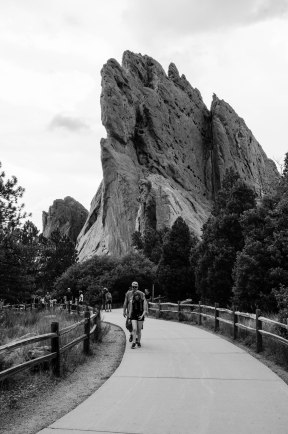 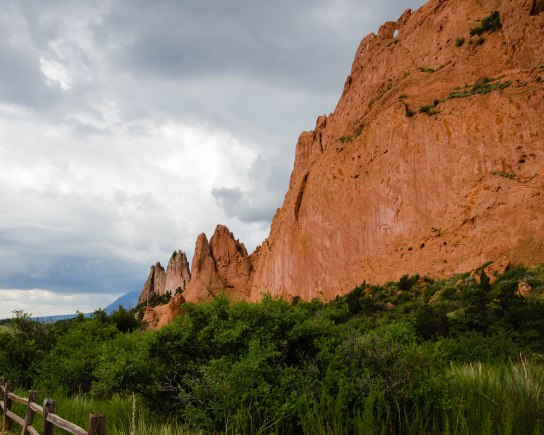 The formations were quite neat, and I do wonder if there are points in a day where one could capture the images without people in them. The rocks just stick out of the ground in a such a way that it almost feels unnatural to be honest. I’d like to go back after a fresh snow and see what kind of clean images I could get. In all, it was a pretty neat place.

I wish we had more time to explore Garden of the Gods. First, we didn’t realize just how big it was, and weather was starting to move in pretty fast. There was lightning on the horizon, so having the knowledge that we’d be back, we chose to cut it short for safety. 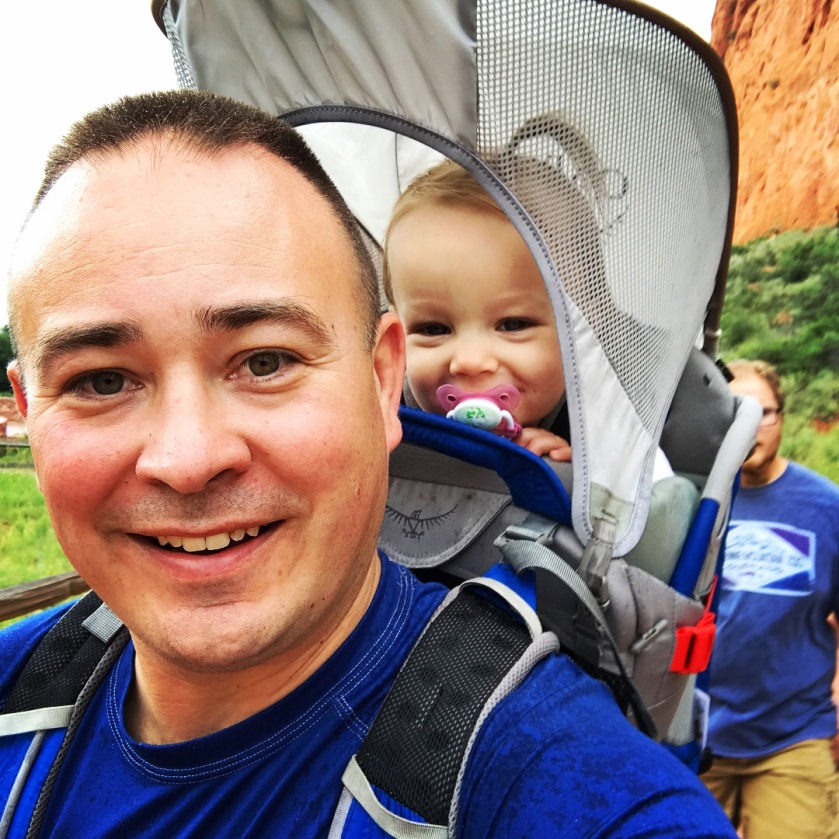 We departed from the park and jumped on the road toward Denver to meet up with a friend of Cheryl’s for dinner. From there we said a sad goodbye to Colorado, and began our drive back to Iowa. We will forever be fond of Colorado, and if for some reason we just had to move there I don’t think we’d be too sad, but for now Iowa is home.

Sledding Sunday! Odessa got to go hiking on Friday, so CJ got to go sledding today with mom and dad at the elementary school. It has a great hill!
After a couple years the weather and schedules finally lined up for a trip back #starvedrockstatepark with Cheryl and Odessa for some really great #icefalls yesterday!
Been a minute, but released a big one over on the YouTube. Mines of Spain State Recreation Area complete hike. All 20 miles of great trail! So head on over and check it out.
Just had to get out and see if I could get some #photos of the #hoarfrost at the park close to home. Here are the top results from my #winterstroll through the woods.
Hanging out on Christmas Eve, watching tv with Cheryl and CJ. When all of the sudden the Boogs starts dragging out camping gear, informing me I need to hang up the hammock, announcing that we are going on vacation next week.
Rigorous hammock testing going on as I’m going through gear, trimming down stuff I don’t use.
Follow The Iowa Hiker on WordPress.com
Loading Comments...
Comment
×
%d bloggers like this: