So we’re basically skipping July and going straight into the August update. This is mostly because July has been busy, but for once, busy in a good way. Remember that vacation and exploring new places I mentioned in June? If you are following me on Instagram and have been watching the feed, I took the wife and kids to Colorado for a week of hiking and sightseeing! It was absolutely amazing!

We started in Rocky Mountain National Park and made a big loop covering as much of the state as we reasonably could to get a taste of the different areas to find what we wanted to have more of. Without a doubt Rock Mountain National Park is my new favorite place and we will be going back to spend a good length of time there. Mesa Verde National Park was a big surprise in that it has far more to it than just visiting a pueblo or two, so that will require a couple days. Lastly, Pikes Peak was clouded over, so we’ll have to go back for another summit with clear skies (maybe next time we’ll actually hike to the summit rather than simply driving…).

Ouray was a great little hike that has a lot more trails in the area that would be worth exploring. Hanging Lake was an awesome hike worth the effort. Four Corners and Aztec Ruins Monuments, and Royal Gorge Bridge were definitely neat places to visit, but I don’t foresee a reason to make it a goal for a second trip to them.

Finally, since we are going to have to go back to Pikes Peak, we might as well revisit the Cheyenne Mountain Zoo which was pretty dang cool (not to forget that gorilla that knows what the people want), and explore more of Garden of the Gods since our trip was cut short by rain. We can’t wait to go back and explore the mountains again, but that is going to have to wait because my wife has already set her eyes on the National Parks of Southern Utah for next year… Not that I’m complaining mind you. 🙂

As far as the website goes, I have a large amount of photos to process, as well as video to edit. I’ll admit that writing up posts are a little on the back burner right now. It is summer after all, and my mind is more focused on how to get out into the woods than sitting behind a computer editing and typing. I have a harsh Iowa winter up ahead where I get to do that, heh. I did get one video posted for the first time in a while on Pilot Knob State Park. So feel free to go check that one out.

Other than that, Colorado got me to 50 miles for the year, so almost a quarter of the way! Other than a busy work schedule, the next few months look like they should be good for grinding out some miles! 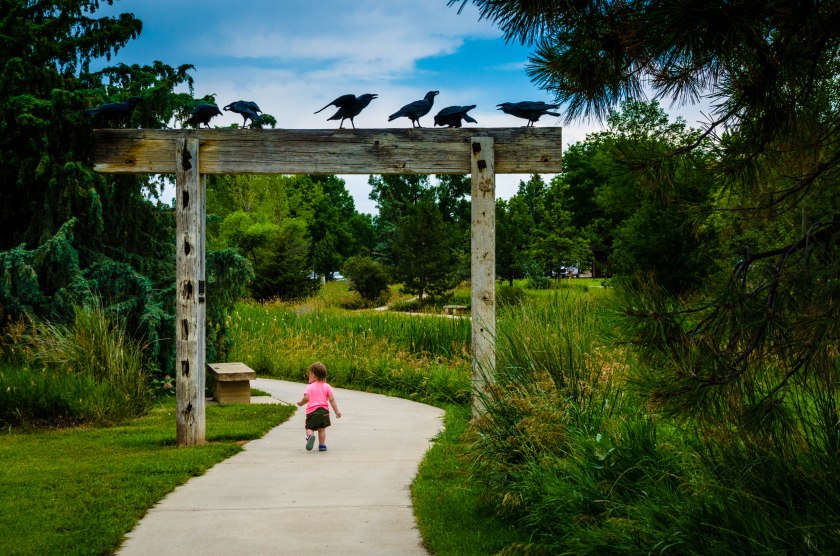